Entry into effect of the Trademark Package and increase in INPI fees - Ipsilon - Your talent, your rights
19503
post-template-default,single,single-post,postid-19503,single-format-standard,qode-listing-1.0.1,qode-social-login-1.0,qode-news-1.0,qode-quick-links-1.0,qode-restaurant-1.0,ajax_fade,page_not_loaded,,qode-child-theme-ver-1.0.0,qode-theme-ver-12.1.1,qode-theme-bridge,bridge-child,wpb-js-composer js-comp-ver-5.4.4,vc_responsive 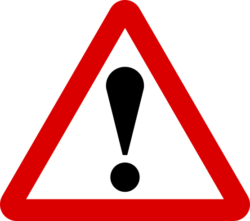 Following the adoption of the Trademark Package by the European Parliament in 2016 to align the various European legislations, new provisions have just been adopted under French law.

An reinforced opposition procedure (based on several trademarks and new titles: company name in particular) is also available as of now according to the fees indicated below. It is also worth noting the creation of an administrative procedure – much cheaper than the judicial procedure – to initiate actions for cancellation and forfeiture, which will be implemented by the INPI as from 1 April 2020. The corresponding INPI royalties are not known to date.

The amounts of INPI fees (for filings, renewals and opposition) are impacted as follows according to the decree of December 9, 2019. Read the text of the decree: click here

They are effective as of December 11, 2019. Our rates remain unchanged.

The provisions concerning new types of trademarks (sound, video or multimedia, filing and renewal class by class) are already available under these new tariffs.

We regret that we were unable to inform you of these amounts in advance. However, these were only made available december 10th. Please note that these changes have an impact on the estimates or schedules you have already received for 2020.

Your usual contact within the firm can provide you with any useful information regarding these new provisions.