DABUS: artificial intelligence cannot be designated as inventor in a patent application - Ipsilon - Your talent, your rights
21019
post-template-default,single,single-post,postid-21019,single-format-standard,qode-listing-1.0.1,qode-social-login-1.0,qode-news-1.0,qode-quick-links-1.0,qode-restaurant-1.0,ajax_fade,page_not_loaded,,qode-child-theme-ver-1.0.0,qode-theme-ver-12.1.1,qode-theme-bridge,bridge-child,wpb-js-composer js-comp-ver-5.4.4,vc_responsive

DABUS: artificial intelligence cannot be designated as inventor in a patent application 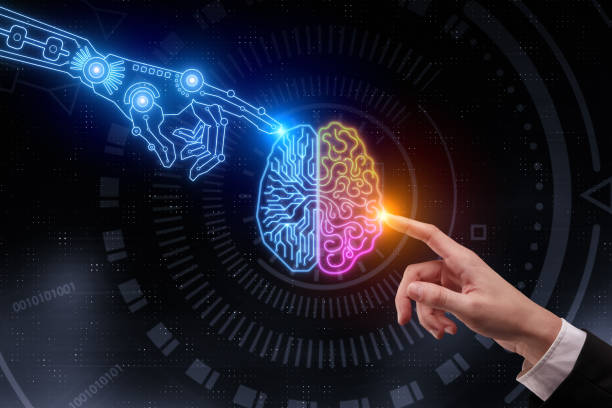 15 Apr DABUS: artificial intelligence cannot be designated as inventor in a patent application

Posted at 17:27h in Articles by administrateur Ipsilon
0 Likes
Share

Machine learning and artificial neural networks constitute one of the key developments of the recent years in the field of the technologies of information and communication (TIC).  And artificial intelligence (AI) has an impact on intellectual property rights.

On December 21, 2021, in proceedings common to cases J 8/20 and J 9/20, the legal Board of Appeal of the European Patent Office (E.P.O.) confirmed that according to the European Patent Convention, an inventor designated in a European patent application must be a human being.

The legal Board of Appeal has thus confirmed the decisions of January 27, 2020 of the Receiving Section of the E.P.O. to refuse European patent applications published under numbers 3 564 144 (related to a food container with better grip and having increased heat transfer characteristics) and 3 563 896 (related to a flashing light system for emergency situations), in which the designated inventor was an AI system called DABUS (for “Device for the Autonomous Bootstrapping of Unified Sentience”).

The legal Board of Appeal also rejected the auxiliary request of the Applicant, Stephen L. Thaler, CEO of the company Imagination Engines, who argued that no person had been identified as being an inventor, but that a natural person had merely been indicated as having “the right to a European patent due to the fact that the person was the owner and creator” of the DABUS AI system.

What does the European Patent Convention say?

Besides, Article 60(1) provides that the right to a European patent shall belong to the inventor or his successor in title.

The designation of the inventor is therefore a formal requirement that must be complied with pursuant to Article 81 and Rule 19(1).  The checking of compliance of this formal requirement takes place before substantive examination and is independent therefrom.  It does not imply any consideration regarding whether the invention is patentable or not.

Mr. Thaler filed his patent applications without designating any inventor.

A communication was then dispatched by the E.P.O. for inviting him to remedy this deficiency, informing him that he had a 16-month time period for filing a document containing the designation as required by Article 81 and Rule 19(1).

In reply, the Applicant designated the DABUS machine as the inventor.

In cases J 8/20 and J 9/20, the question came up to know whether the Applicant could designate as inventor an AI machine that had no legal capacity.

The Applicant argued that the inventions that were the subject-matters of the patent applications had been created autonomously by DABUS.

In its decision of refusal of both patent applications, the Receiving Section of the E.P.O. considered that the designation of inventor submitted by the Applicant was inconsistent with Article 81 for two reasons.

Firstly, the Receiving Section concluded that only a human inventor could be an inventor within the meaning of the European Patent Convention.  Consequently, designating a machine as the inventor did not comply with the requirements of Article 81 and Rule 19(1).

Secondly, according to the Receiving Section, a machine could not benefit from any rights and a fortiori, could not transfer them to the Applicant.  Thus, the assertion of the Applicant according to which he was successor in title because he was the owner of the machine did not comply with the requirements of Article 81 combined with Article 60(1).

The legal Board of Appeal dismissed the appeal filed by the Applicant and, during the oral proceedings that took place on December 21, 2021 for both cases, provided in substance the following reasoning:

– According to the European Patent Convention, the inventor has to be a person having legal capacity.

– A statement indicating the origin of the right to the European patent according to Article 81, second sentence has to be in conformity with Article 60(1).

– The E.P.O. is competent to assess whether such statement refers to a situation which is encompassed by Article 60(1).

No legislation creates a legal fiction in favor of legal capacity of an AI.  Thus, as the designation of inventor aims at protecting the rights owned by the inventor, a machine cannot pride itself thereon.  The fact that the owner of a good may be the owner of the fruits produced by the latter is independent from the question to know whether that machine can be designated as inventor and whether it can benefit from and manage the rights attached to that status.

By these two decisions, the legal Board of Appeal is opposed to an AI being designated as inventor.  It raises ethical and economical issues.  In parallel to the question of the acknowledgement of a machine as an inventor benefiting from a right to a patent, one may have investigated the path of designating as inventor the programmer, the owner or the operator of the machine, which the Applicant was not willing to do in the present case.

Besides, should one day AI be endowed with conscience and capable of conscious control, the question of assimilation to a person might again be raised and, where appropriate, the question of creating electronic capacity…

What happened in other countries?

Some countries are already one step further: the Australian federal Court overturned a decision of the Australian Patent Office which had refused the “DABUS” patent application on the ground that an AI system could not be designated as inventor.

Unlike the legal Board of Appeal of the E.P.O., the Australian federal Court indeed considered that the inventor could be non-human.

In Australia, patent law does not contain any provision expressly denying the possibility for an AI system to be the inventor.  The Australian judge adds that nothing in patent law leads to interpreting law as excluding non-human inventors, contrary to copyright, which requires that an author be a person.  The term “inventor” is not defined in Australia, either by law, or by regulations; it must therefore be construed in its usual meaning.

Nevertheless, the Australian judge added cautiously that this non-human inventor could neither be the Applicant, nor the patent owner.

Namely, the US Patent Office requires the inventor to be a natural person.  In the US designation of inventor, S. THALER indicated “DABUS” and “AI generated invention”.  Invited by the Examiner to modify it, he did not.  His US patent applications were then refused.

Interpreting the terms used in patent law, the Court of the East district of Virginia discarded the possibility of designating an AI system as inventor in particular by pointing out that, since the legal definition of the inventor used the term “individual”, an inventor could only be a natural person, see 35 U.S.C. §100 of US patent law: “The term “inventor” means the individual […] who invented or discovered the subject-matter of the invention”.

In United Kingdom, the High Court (England & Wales) and then the Court of Appeal (England & Wales) confirmed the decision of the British Patent Office according to which, pursuant to patent law and whatever the definition of the term “inventor”, a patent could only be granted to a person.

Likewise, in Taiwan, the commerce and intellectual property court confirmed the decision of the Taiwanese intellectual property Office rejecting S. Thaler’s patent application, on the ground that an inventor must be a human being according to the examination guidelines.  The court also mentioned the lawmaker’s intention, which, through the patent system, is to encourage and protect the fruits of human mental activity.

On the other hand, like in Australia, the South African Patent Office accepted that an AI be designated as inventor.

According to some experts, the positions of these two Offices rekindle discussions regarding the adaptability of patent rights to innovation in the field of AI, as the legislator may be tempted to envision a new type of intellectual property right, which would exist in addition to the patent system and would be intended for facilitating AI development.